6th Grain are using learn.ink to create digital courses to acquire farmers. However, before they were able to get there they needed to do a major redesign of their free Android app for farmers, Field Focus Light. They had a problem though, it went a little something like this:

"We've built a sophisticated smartphone app that's free for our users... it's got really powerful features and when users understand them they agree that they are very valuable... but nobody can actually use it unless we spend an 20 minutes telling them how... this won't scale!"

A usability problem with Android apps for farmers

Maybe the above sounds familiar (if you come from a company using tech to reach users in East Africa). In 6th Grain's case, the video below summarises some of the challenges farmers faced in using the app.

6th Grain asked the learn.ink for some bespoke support around this issue. They wanted to know how to achieve the same delight and ease-of-use farmers report when using learn.ink trainings for their Android app. We teamed up with a star farmer on the ground in Kenya, Catherine Kamanu, to solve the problem.

Catherine provides her assessment of the final version of the Field Focus Light app below. Keep in mind that before we redesigned the application, virtually no farmers could map their fields using the app without significant support. Cathy's feedback throughout multiple iterations is what helped us build an interface that worked.

How user testing helped us get there

Any good human-centred design process starts with in-depth interviews and feedback from the real end users involved, so the learn.ink team and Catherine digitally recruited and talked to a mix of farmers, agronomists and younger individuals potentially interested to work as rural agents.

We conducted 100% remote interviews between the UK and Kenya with farmers. We used the learn.ink system itself to help guide and capture critical information from farmers. A huge thanks to our amazing testers, who provided incredible feedback that helped guide the design and development teams moving forward.

The results from a usability audit

The learn.ink team provided the 6th Grain software development team a comprehensive usability audit report. We highlighted three major areas for improvement to the app that we believed, once resolved, would enable farmers to map their field boundaries without the need for costly and time consuming support. What was important was that once farmers realised what Field Focus could do for them they were incredibly enthusiastic. The issue was that the value was hidden out of view behind some challenging parts of the interface.

The three major areas for improvement were:

Understanding the problem is one thing, but having a clear design that would resolve them is quite another. This is why the 6th Grain team commissioned the learn.ink design team to create a prototype to demonstrate how updates to Field Focus could resolve the challenges outlined. Our team created a click-through prototype that could be quickly tested by both 6th Grain and our original testers. You can check it out yourself below (click on the image or this link).

This design is all well and good, but who's to say it would work? The answer is simple, ask the testers. To demonstrate what kind of difference in results we could expect we conducted user tests with a mix of previous and new testers. We asked the previous testers whether they thought the new prototype design was better and why, and we sense-checked some of this with new testers (to help ensure our old testers weren't just being nice!). Again you can see a snapshot of these results below.

Going on to train and acquire farmers for $1/user

With a redesign implemented, and demonstrably working for farmers 6th Grain were keen to move to the next phase: getting Field Focus Light out to farmers. But the critical lesson here is that you must start with digital products that work for your users, and there is no short-cut out of user testing. 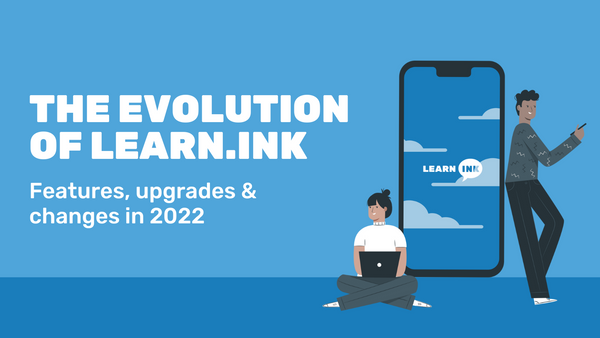 It's been a bit of a year for the tech team here at Learn.ink. When I look back over the last 12 months I'm amazed to see that we’ve been launching new features at a rate of one every 2 weeks. In this blog I'll give you the run down of what's new (and a sneaky peek of what's coming soon!). 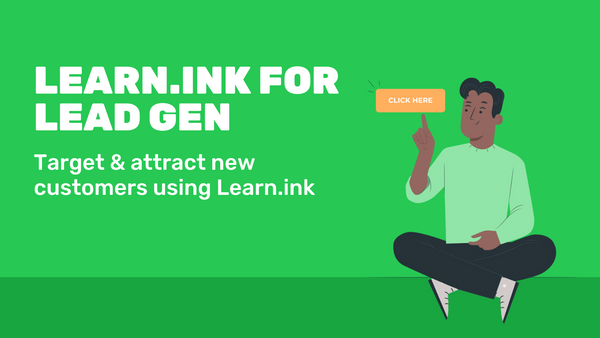 Are you looking to generate new customers for your product or service? Did you know that Learn.ink can be a great tool to attract and qualify new leads? We've worked with multiple organisations who have used Learn.ink for exactly this purpose and we've learnt a lot about how 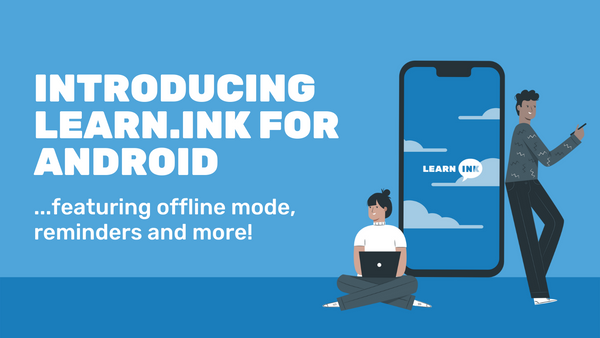 The wait is over! We're delighted to announce that Learn.ink is now available in the Google Play Store. In this blog we'll explain what's new in the Android app version and how to make sure your learners have the best experience. What's the difference between the web and app